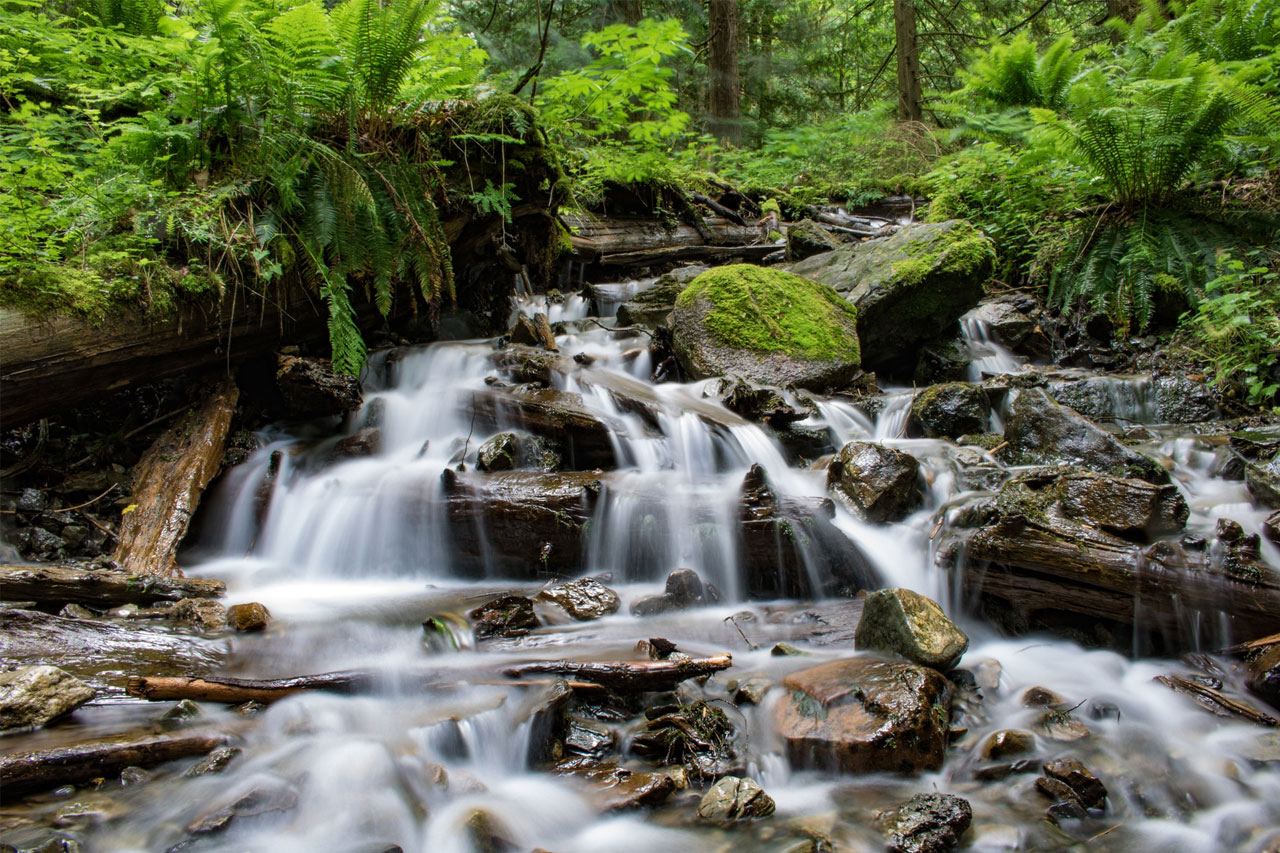 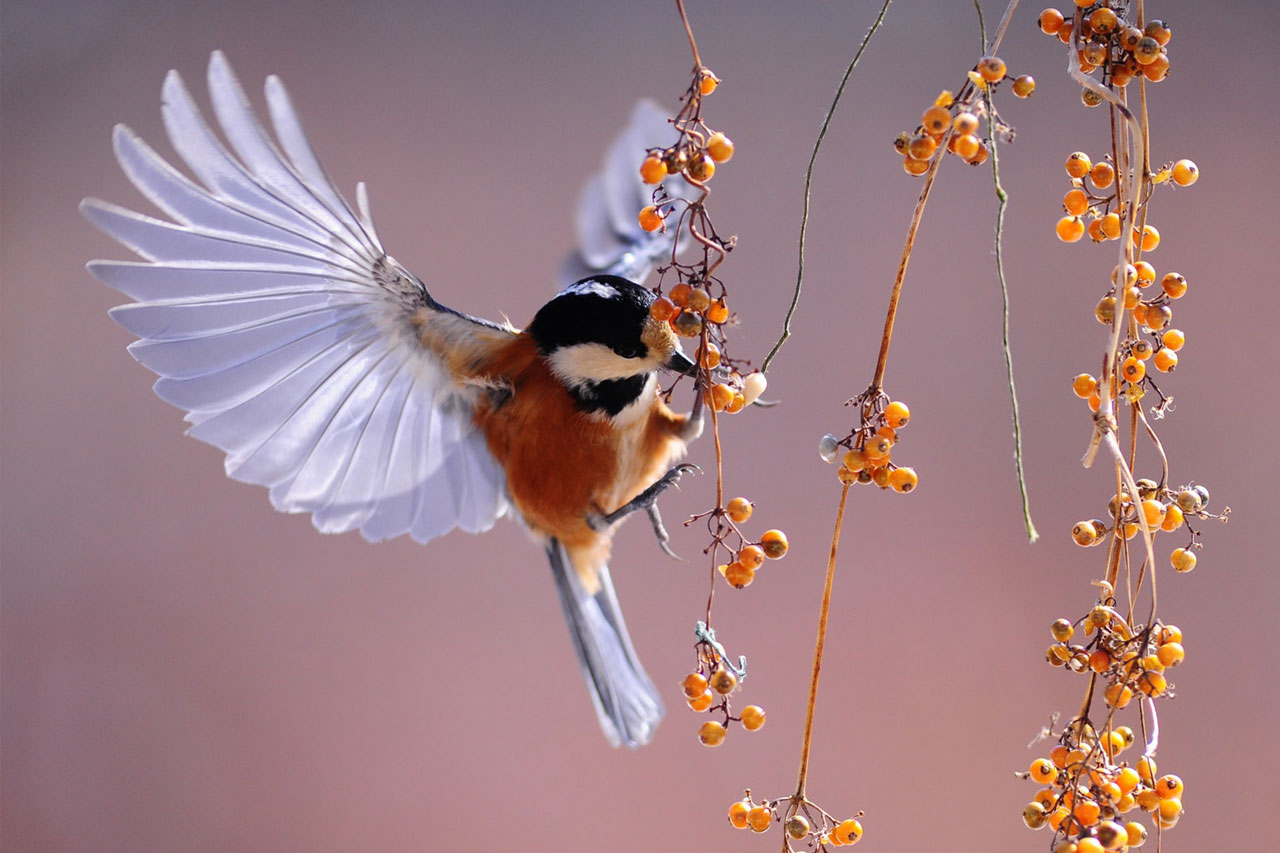 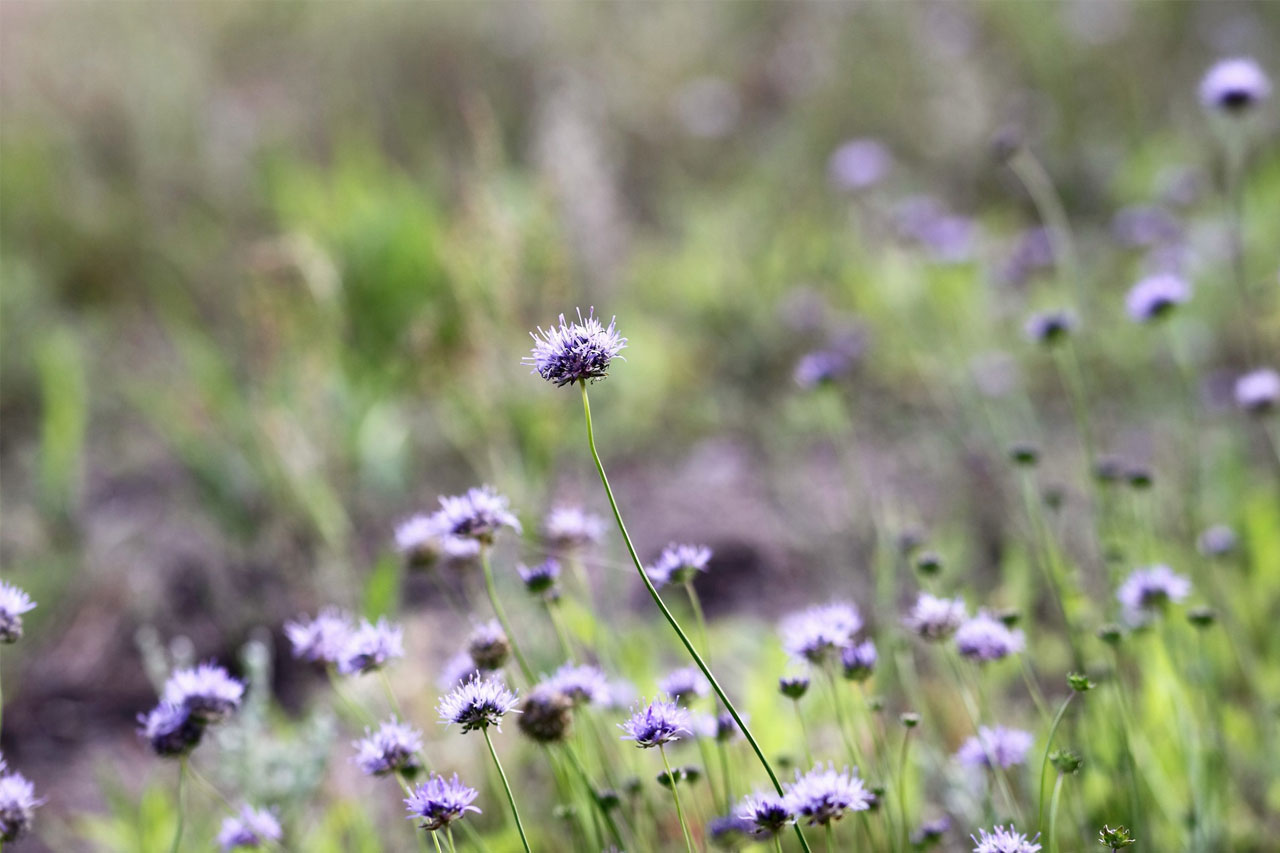 The Appalachian Mountains. were formed over a period from 15 million to 2.3 million centuries ago when the tectonic plates of the earth slammed into each other causing an upward thrust of the plate material. Geologists believe the original mountain range that formed from this thrust action was as high as the Pacific Rocky Mountains. However, over the eonse, they were worn down by the elements and now are much lower than the Rockies. The thrusting action of the uplift forces created massive frictional heat causing a metamorphosis of the sedimentary rocks: sandstone became quartzite; limestone became marble; and shale became slate. Molten materials solidified to form granite.

The uplifting of the resistant, crystalline bedrock formed narrow band of parallel ridges with rugged, steep slopes with coves carved between the ridges. The steeper slopes were on the eastern side of the ridges. The phyllite, marble, and gneiss bedrock of these ridges is blanketed with a thin veneer of soil supporting the growth of a diverse species of flora.

The soil in the mountains consists mainly of Hayesville sandy loam, Edneyville and Porter’s loam, and Ashe and Edneyville stony loam. In the coves between the ridges where the creeks flow, the soil stays moist and has hydric qualities. This almost black, slightly acidic soil supports many species of plants. On the top of the ridges, one would expect to see minimal understory and fairly well drained soils. However, hydric soils on some of the Southern Appalachian mountain ridges supports an unexpectedly rich floral bloom.

The flora of the Southern Appalachian Mountains is one of its best natural resources.

The environment of the Southern Appalachian Mts., in particular, Springer to Olgethorpe Mt., region cannot be described in general terms that have any meaning. The environmental diversity of this region teacher of ecology. Because of this diversity, the flora found in the mountain region can be those that like a drier, well-drained, poor soil to those that you would find in an almost “rain-forest-like environment with hydric, wet soils. Pick up any book of plants you are likely to see covering the Southern Appalachian Mts. and you have a good probability of finding any of the plants listed in the region from Springer to Olgethorpe Mt. There are over 300 species of wildflowers alone, some listed in the rare category by the DNR. The region also supports large stands of rhododendron, mountain laurel, wild azalea’s and other similar plants. Hardwood forests consist of oak, hickory, maple, beech, birch, poplar, sourwood, and others. There are also many varieties of pine, hemlocks and American Hollies in the region.

The fauna of the Southern Appalachian Mountains is as diverse as the flora mentioned above. This is the home to the black bear, large deer populations, wild turkey, fox, raccoon, cougar, bobcat, badger, beaver, rabbit, and many more species. The bird species that can be found in the mountain region make it one of the best locations for bird watching. A detailed listing of the birds that are found in the mountain region can be found on the Mountain Stewards web site.

The majority of the water in the mountain region comes from the Piedmont and Blue Ridge Aquifer that underlies the mountain region. This aquifer begins in Maryland and extends south into northern Georgia. Normally, the water is trapped under the impervious capstone. However, in Georgia where there are seams of marble in the mountain rock, the slightly acidic water has created paths through the marble. Under hydraulic pressure, the water from the aquifer escapes in numerous springs on the mountain region. These springs join many other springs to form creeks that flow downhill under gravity and when they reach the sharp escarpments, they cascade in beautiful waterfalls into the cove areas.

The amount of water resources emanating from the mountain area is not known. However, the many creeks join to form the Amicalola, Etowah, and Cartecay Rivers and Long Swamp, Clear, Anderson, Cochran, Talking Rock and many other Creeks. The total water flow of these streams is a significant water resource for the population of northern Georgia as well as points south including metropolitan Atlanta.

HISTORY OF THE REGION

To the Cherokees, this was known as the “Enchanted Land.” The Cherokees occupied most of the Southern Appalachian Mountains until their forced removal in 1838. The government gave away all of the Cherokees land in a land lottery in 1830 to 1832. The land was divided into 160-acre land lots and 40-acre gold lots. Most of those who won the land in the lottery never occupied it. They sold it to the early pioneers to the area whom were mostly poor Scottish and Irish immigrants that move to northern Georgia from North and South Carolina.

These immigrants were mostly farmers and they scratched out an existence in the mountain communities along the ridges and in the coves. They built log cabins and wood slat homes and they built churches and schools for their families. Some of the home sites of these pioneers can still be found in the mountains but the log and slat homes are now gone. The wagon roads connecting these communities and the outside world can still be seen but are somewhat overgrown.

Part of the wagon road network that still exists leads not to home sites but to moonshine sites. The Scottish and Irish immigrants not only brought with them the skills to farm but also they knew how a to make a “cash crop.” The Southern Appalachian Mountain area was well known for its moonshine and that continued well into the 1950’s and 1960’s.

In the early 1900’s many of the mountain areas were stripped of their trees and the timber sent to saw mills. Pictures of the mountains from those times show a denuded forest and the environmental damage was great. Some of the farmers sold off their land for timber mining. Others stay the course, but in the 1930’s, the government decided to buy up a lot of the denuded land and create National Forests and to create jobs under the Civilian Conservation Corps (CCC). Many of the early pioneers left the land in the 1930’s and moved to the cities to find work. The Chattahoochee National Forest was created in 1937 and the Amicalola State Park came later in 1940.

The Dawson Wildlife Forest, the Glass Mt. region, and the U.S. Forest Service areas other than the national forests were created in the later part of the 1900’s. The 3,200-acre Glass Mt. area was saved from development in the 1990’s and put under DNR management.